Another interview is coming

Another interview is coming.
Posted by Roarke at 13:01 Niciun comentariu:

Hi, we are two twin brothers and we like to ask you a few questions. Feel free to say "No comment"

1. You, russians, have always being good developers of pc games. You have been inspired by fairy tales ?

Actually, I can speculate that we was inspired by our reality. After World War II, USSR quickly become most dull and stale country in the modern world, where all "joyful" things was moderately supressed. So when, in 90s, lid was removed, we got instant explosion of everything - books, games, movies and pictures, all of sudden. And while movies requires a lot of money and cooperative efforts, and pictures requires at least established techniques, books and games was basically "free" and could be one-man-wonder.
Unfortunately, Russia had "specific" game market, highly connected with CD sales, that thrived in late 90s - early 2000s, and mostly dried up in late 2000s (and practically died after world crisis). So most of time we has perfect and interesting, but totally indie games, with all pros and cons of it.


2. What is your favorite game, games and genre of games ?

Game/games would be anything about good story, puzzles, mazes, rich lore, branching dialogs and hard strategic choices. Of course, best of them all could be the mix of all above. But hardly possible.

Planescape: Torment is one of the best "my" games. I am in awe of it's multitude of choices, clever "dialogue/observant" puzzles, lore and story. Unfortunately, it totally lacks real mazes and strategic choices, but we cannot have it all, right?
System Shock 2 is another my favorite. It lacks word interactions, but compensate it by mazes and skills.
Dominions series (Dominions 4 currently) is the third different choice: rich lore, amazingly vast range of possibilities, clever opponents, unique mechanics (it was adopted in several modern games already, so not so unique) - even if it is wargame with awful graphics - it's still amazing.
As you can see, RPGs are my preferrable genre, because it most often incorporates most of needed elements. 4X Strategies are second, and adventures are third.

3. Any plans for the future in Abandonia ?

Abandonia as site is stable. Too stable. I would be glad if it was more active, but it seems impossible - and I am not the needed man to change it.
Abandonia as community is quite stable too. That, again, not very good, as core user base is diminishing with time, without refilling. I hope, this state will be changed soon - with rise of Kickstarter most of games and whole genres got the second birth, and I see no reason for Abandonia, as home for all of them, must be, well, abandoned.

4. I myself consider that gameplay is above the a game graphics. What do you think ?

For me, graphics must be adequate. I can play chess with letters, but pseudo-graphics is better. And even CGA is quite abundant here. Lemmings cannot be played in text-mode, and benefits with higher resolution, so EGA is in place here. And Skyrim requires the best of videocards, because it's lacking of vital characteristics without it.
So I am all for graphics when it needed - but totally opposite of idea of sacrificing gameplay for graphics. If I have enough graphics for required gameplay - I am happy with it, regardless of how old it can be.

5. Do you prefer to get in touch with the gamers/developers in a comunity or rather work by yourself ?

I am introverted person. And still I like to be in good company. It only happens that most companies are totally alien for me, and good ones - like Abandonia, Kingdom of Loathing and several others - are too rare and far between, so I am lonely in such cases.


6. Any chance for improvement on your behalf if it is needed in Abandonia ?

I doubt it. I am all for improvements, but I lack most of needed qualities for that. At least, I cannot imagine anything.

Did you look out of the window last five years? We have rebirth of Warhammer, Shadowrun, Wasteland, Fallout, Planescape: Torment, Divinity, and heck know what. We have remakes of Pirates, Thief, Magic: The Gathering, Tomb Raider and forth to infinity. Steam have re-releases of most famous 90s' games, from the Myst and SimCity to the Pirates! and Freddi the Fish. And it is without touching new fashion of making game of _visually_ close to 80s-90s. So your question for me sounds like "why is there not enough water in the Pacific Ocean?"

8. Any advice for a new member in Abandonia ?

Talk often, talk everything you think remotely relevant, and don't be afraid to ask for advice. Only think, and do not go into useless hater mood.


9. Do you prefer lan or online gaming or none ? Maybe only single player.

I am very slow. So only area where I can be useful in multiplayer is turn-based game. I.e. in 99% of time I am in the single-player.

10. And one final question, can you tell me something about your involvement in Abandonia ?

Oh, I am humble translator mostly... and even not translator most of time, because, well, it's hard with my current schedule and three kids at home. Also I am trying to help with any question in Abandonia forums that arisen, and got moderatorial powers almost accidentally in the process. Still I am not "real" moderator after all.
Oh, and I made some cleans and reorganizations in the Abandonia game database - as far as it can be done without any insider tools, only thru web interface for translators. But it was quite ago already, and as no one can fix this stupid database for real from inside - I will hardly will do something useful here in the future.

Thank you for your answers and i hope many people learn from your experience about pc games.

You are welcome. I hope you will found at least something interesting in this heaps of my ramblings.

If copying a default profile and than renaming to what you want, how the executable is named, it will be simpler, thus a ipotetical named cfg name is made, but not the real cfg file. Thus, you must than exit and copy a already cfg file, rename the cfg/modify the cfg lines, so that your game will run. Copy your game cfg in Android - data folder - com.fishstix.dosbox folder and com.fishstix.dosboxlauncher folder. This folders are made by installing the program, not by you.
But if you copy a already made game profile, which is diffent than to copy a default profile, a bad thing will happen.

The bad :
Now, when you copy and run a profile, it will revert to the original profile, because it is remembering and keeps his original cfg lines.
Just exist and modify your game cfg from android dosbox launcher from android internal folder, so it will launch the game and not other one. Is a bit of a hassle, but that is the way dosbox manager works. Either this or use dosbox turbo and type away only in the console. Booth programs are made by the same developer either way.

Click in dosbox manager the right upper "+" sign (don't touch the default profile or copy a existing one, like i did talk about it).
A new profile is made. Give it a name (Example : Carnage is easy to write and remember, as carnage. exe is in the game folder). Click "DosBox Settings" and click "Autoexec" if you want the to put the mount commands (mount lines).
Or after clicking + and "Edit Config" and "Dosbox Settings" in dosbox turbo manager, click "Manual Mode", to use, if you want, from within dosbox turbo manager, "Edit Config File". The cfg file goes in your Android - data - com.fishstix.dosbox folder and in Android - data - com.fishstix.dosboxlauncher folder

Posted by Roarke at 21:02 Niciun comentariu:

Interview with Smiling Spectre, translator and supermod in Abandonia

Interview with Smiling Spectre, translator and supermod in Abandonia is coming.
Posted by Roarke at 15:32 Niciun comentariu:

Hope you like my box ;)
Posted by Roarke at 17:01 Niciun comentariu:

Atention to dos games, verify them with your anti-virus program.
Check online, if the game really works in dos. 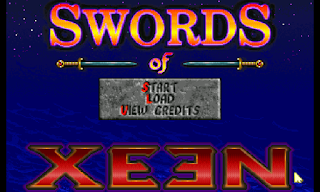 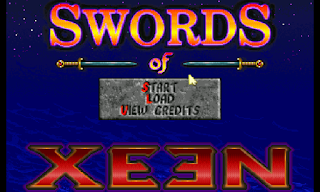 It is great if the game has letters to be pushed by the keyboard. Even better if they have a mouse pointer to. Might and magic Xeen has booth. 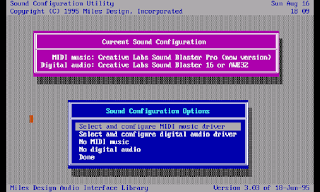 Setup the game for sounds trough dosbox turbo and than run it trough dosbox turbo or dosbox manager.
Making some winrar files on my android phone and using the winrar from the android device, doesen't copy the .tmp file (temporary file) from the game eye of the beholder or the "DAY" folder from jagged alliance deadly games. I wait for the winrar developer answer. Either way, check the number of files from the archive and compare them with you game folder. Don't bother counting the ones in subfolders. The above files mentioned have not been in subfolders.
If you want, enter the winrar archive of your game, check all files and unrar, to know what files and how many do you have in the archive.
Posted by Roarke at 14:13 Niciun comentariu:

Server hosting and joining in ipx and netbios topic update

Bold letters show what i update.
Posted by Roarke at 13:56 Niciun comentariu:

Tommorow, i will update the info in the buttons

Tommorow, i will update the info in the buttons, Dosbox turbo issue and such. More button will be added. And, i got a idea for the blog backround image.

Posted by Roarke at 22:08 Niciun comentariu:

I have sent a email to the quake2android developer :


Hi. The quake2android has the keyboard too big on my android Serioux RM X401 and how to install mods ? I have a android 4.2.2 version.
My version installed is quake2-android-1.91.apk

Posted by Roarke at 22:04 Niciun comentariu:

We are two twin brothers who discovered dos games rather late. Better late than ever, we played Doom, our first dos game.

Stay in touch for new topics

HOW TO PLAY GAMES IN DOSBOX TURBO